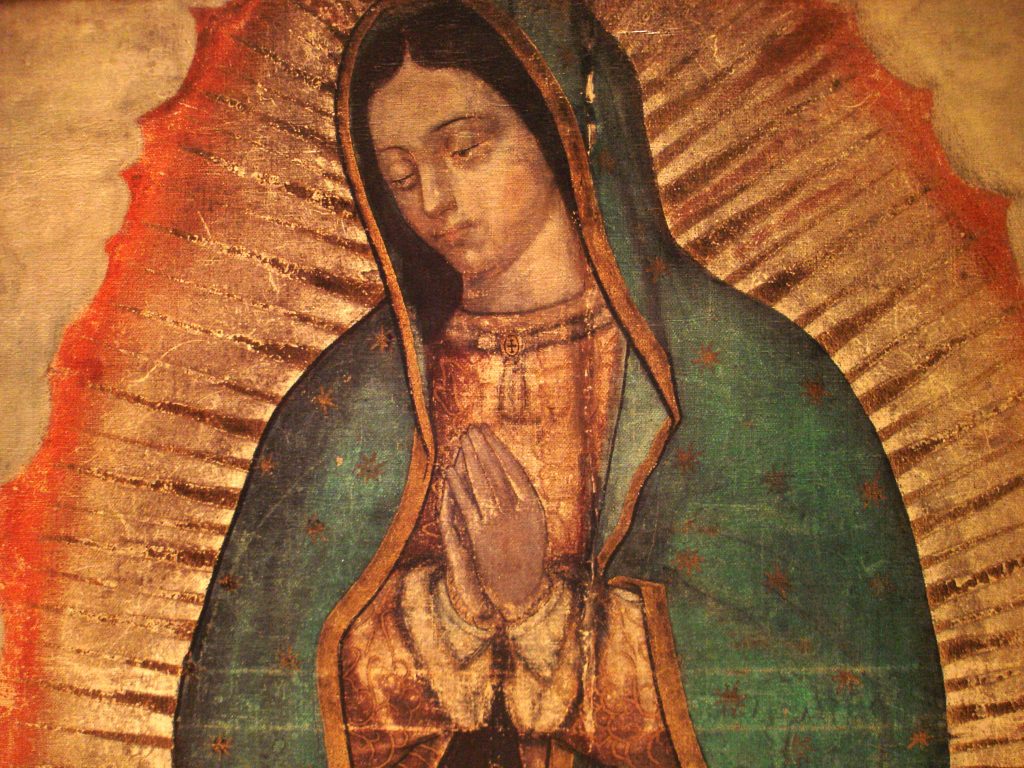 Perhaps the most famous Mother of the western world and maybe of the entire world is Mother Mary. The Mother of Jesus of Nazareth. The incarnation of God in the form of man, Jesus, The Christ.

She is also known as The Blessed Virgin Mother. Mother Mary conceived her son while remaining a virgin by means of the Holy Spirit.

There are many stories and appearances of Mother Mary (see https://en.wikipedia.org/wiki/Marian_apparition ) and I think perhaps my favorite is the one where she appear to a Mexican peasant, Juan Diego.

20 years before the appearance of The Lady of Guadalupe, Spanish forces had taken the capital of the Aztec empire. Since the Spanish had come, they had converted over 9 million inhabitants of the land. They professed for centuries a polytheistic and human sacrificing religion to Christianity. At the end of the Aztec rule, the empire was falling apart due to many reasons. Drought was a major part. The high priest of the Aztecs only remedy was more and more human sacrifices. As you can imagine it was a horrible situation before the Spaniards came.

The appearance happened in 1531, almost 500 years ago. The short version is Mother Mary appeared to a Native American just northwest of what is now known as Mexico City. She appeared to Juan Diego and asked him to relay a message to the local Bishop to build Her a church where she appeared.

When the Bishop was told of the request he hesitated and asked for proof. Juan Diego went back to Mother Mary. She had him gather roses from on top of the hill, placed them and arranged them herself in his tilma (a poor quality cactus cloth). When Juan Diego came back to the Bishop and gave the Bishop the roses, they tumbled out. On the tilma was the image of Mother Mary. The Bishop received his sign from Mother Mary and built the church, which is still there today.

There is a lot more to the story, but here are some amazing things concerning the tilma:

*The tilma still exists today. The life span of that cloth is 30 years, at the most.

*Nasa did studies on the cloth and found that the so-called paint is not paint.  The material it is made of is not found on this planet.

*Nasa also discovered that the so-called paint is not on the cloth, but hovers above the cloth

*When a stethoscope is placed on the belly of the Mother Mary, you can hear a human heartbeat.

*The constellations seen on Mother Mary’s robe on the tilma is the exact constellation of the time she appeared to Juan Diego.

*When Nasa looked into her eyes, the pupils refracted from the light.

*You also can see the image of Juan Diego and the bishop reflecting in her eyes as she looks out.

The symbols on Mother Mary and in the picture on the tilma are extensive.

There are nineteen symbols, please go to http://www.guadalupeshrine.org/resources/guadalupe/facts

For worship, the prayer Hail Mary is widely known.